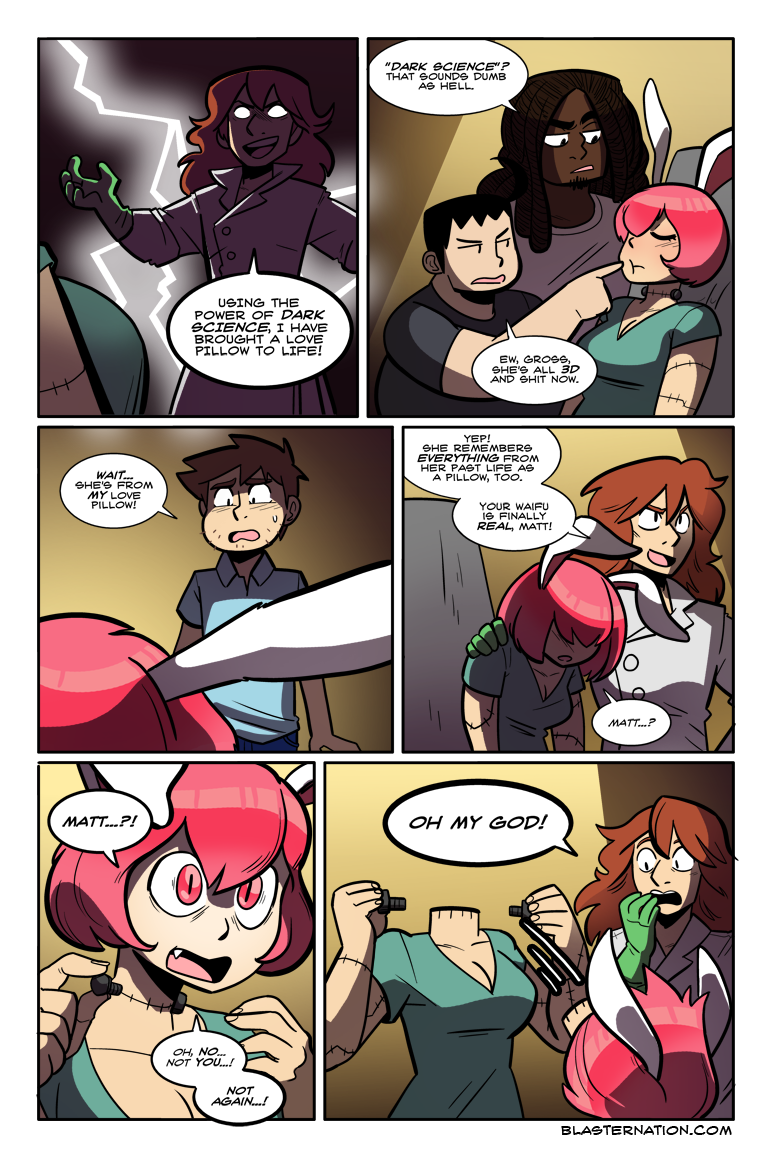 You probably already knew this, but these Halloween comics are SO canon.

Haven't been playing anything that really warrants a review. Mostly, I've just been going through my backlog of games and catching up on stuff I've either wanted to replay or games I just never beat. I recently played through Luigi's Mansion, and there's really not much to say other than it was short and fun. The idea of it ever being sixty dollars is a little baffling, because you really don't get much bang for your buck there. I beat it in around under six hours at Rank B (because the game glitched and despawned one of the rarer items in the game), and the game gets repetitious really quickly by making you backtrack a lot but with more enemies that continuously lock you in a "jumpscare" animation. Also, the final bossfight might be one of the worst bossfights in Nintendo history. It's a trial and error crapshoot with finicky controls for the amount of precision you need, a camera that deliberately works against you as you attempt to pick objects that will explode if you so much as a thread on Luigi's shirt touches it. There's no health pick-ups I've seen in this final bossfight and Bowser (SPOILER ALERT) is incredibly eager to stunlock you into three different attack animations for nearly half your health. What's worse is that there's no checkpoint, continue, or even a life system if you die at this fight (the only time I ever died in the game), and once you do, you're booted to the main menu. From there, it's a long, tedious trek back to the bossfight, past an annoying dust filled room to slow your progress, enemies to chip away at your life if the camera tricks you into bumping right into them, and a long ass, annoying bit of a dialogue and an unskippable cutscene before you can even attempt the fight again. It's unbelievable that such a shitty bossfight made it into the game, and I honestly don't think anyone bothered to test it.

BUT! Other than all those complaints, the game's pretty solid. It's aged better than say, Pikmin 1, and the core mechanic of solving puzzles and catching ghosts is still fun. The rooms are all nice and varied and for what's essentially a Gamecube tech demo, it keeps you engaged. If you can get it for like $15 somewhere, I'd say it's a worthwhile game to play for Halloween.

SPEAKING OF WHICH, ONLY TWO MORE DAYS UNTIL THE INFAMOUS BRIMSTONE NATION HALLOWEEN SYNCHTUBE. Everything is prepared and ready for you guys. We'll be starting on at 6:00 PM EST on Oct. 30th, so mark your calenders and set an alarm! Or just check our twitter and tumblr where we'll post a link. Whatever works. SEE YOU ON FRIDAY.