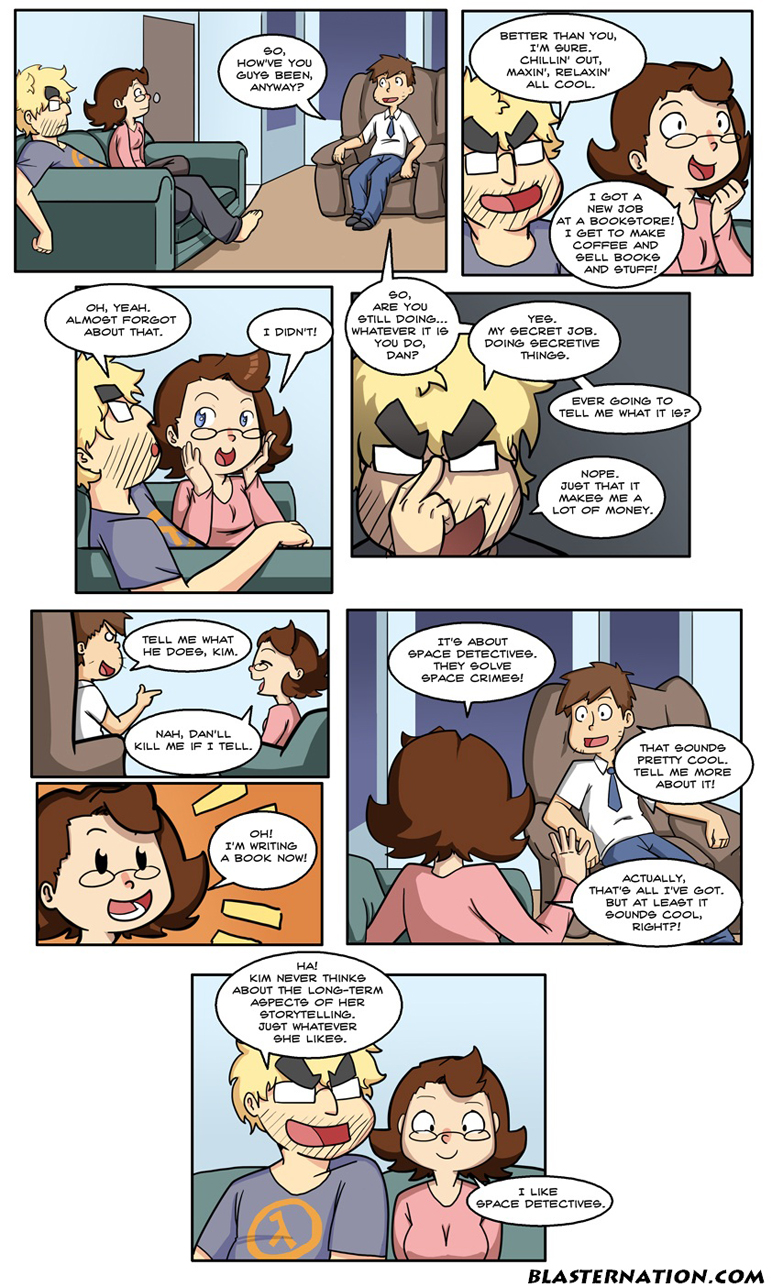 Phew! Almost missed this one. We had a little bit of a delay this week. Threw a party, got addicted to the Wakfu MMO, upgraded WordPress which in turned fucked over our entire comic layout which caused us to spend about two days panicking. Hopefully none of you guys noticed that.

But after getting Frumph himself to come fix it, we’re back on track. Lesson learned, never update anything.

Let’s talk about today’s comic, though. So yeah, I lied, you get to learn about Rinnie’s ass next comic. Today, Kim steals the show with her ad’awwableness. Seriously, god damn that is so cute. Why didn’t we just make a comic about Kim playing with like bunnies or something? Just seven panels a page of Kim making cute faces, maybe a bunny hopping around, and then end each page with a “That’s our Kim!”

Anyway, stay tuned till next week, in which we have 200% more Rinnie, 75% less Dan, and even a vague hint of plot development!

Also, looks like we lost our navigation bar. Whoopsidoodle! We’ll work on that sometime this week.